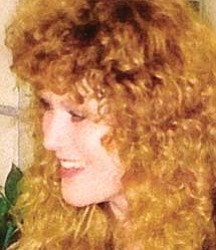 Dianna graduated from Winslow High School in 1983. She was involved in speech, drama, student council, Honor Society and school photographer.

She graduated from Mohave Community College in Kingman, in July 2009 with certifications in phlebotomy, medical records assistance, and medical insurance. And in Dec. 2010 with an associate degree as a medical assistant and was a member of Phi Theta Kappa. She was also an exchange student in Japan.

She was preceded in death by her mother, Mary Ann (Blattner) Swanty; grandparents, William and Janet Blattner; and uncle, Robert W. Blattner.

Dianna is at peace now and will be greatly missed by family and friends.

Memorial services are pending for in Kingman.