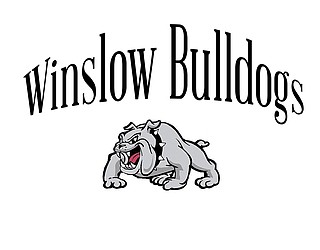 WINSLOW, Ariz. – The Page Sand Devils boys basketball team defeated the Winslow Bulldogs 52-47 in Page Dec. 3. The loss left Winslow with a 1-1 record and was Page’s first game of the year.

Page led 30-21 at the half and 39-33 after the third quarter. Winslow cut the lead to two points in the final minute of play. Maurice Smith hit two free throws

Josiah Montgomery of Winslow took game scoring honors with 16 points and Tyrell Young was also in double figures for the Bulldogs with 12 points. Gabe Gomez led Page with 15 points, one more than Stuart Sandall with 14 for the Sand Devils.

The Bulldogs are to play in the Sedona Scorpion Invitational Tournament at Sedona beginning Dec. 6. Their first game will be against the Lee Williams Volunteers from Kingman.

Page led 10-6 after the first quarter and had expanded it to 30-23 at the half although Winslow had cut it to just six points before the intermission. The Lady Sand Devils led by four points 36-32 going into the final period. Page enjoyed a 19 – 8 advantage in the fourth period and walked off with the 55-40 victory.

Miquedah Taliman led all scorers with 15 points for Page. The Lady Sand Devils also had two more players in double figures: Camryn Nockideneh with 12 points and Arianna Jenkins with 10 points.

Winslow was led by Kylie Begay with 13 points. Sierra Singer was also in double figures with 12 points for the Lady Bulldogs.

Winslow will play the Tuba City Lady Warriors Dec. 18 at Tuba City for their next scheduled game.