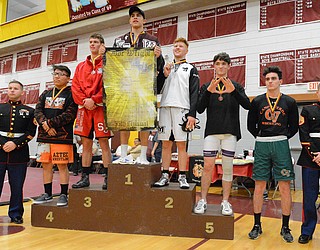 More than 40 wrestling teams participated in the event including teams from Utah, New Mexico and Colorado.

Winslow wrestlers competed with wrestlers from as close as Joseph City and Holbrook and as far away as Dove Creek, Colorado, Las Vegas, Nevada, Aztec, New Mexico and Whitehorse, Utah. Schools as large as Mesa and Westwood, and as small as Joseph City and Mogollon, were in Winslow to match their skills.