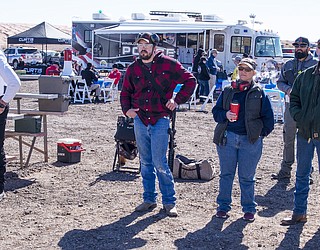 On March 9, a rifle and pistol shooting competition was held at the new police/citizen range, nine miles north of Winslow. 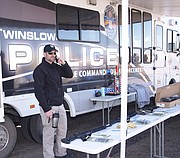 Thirty-nine shooters from Arizona and surrounding states registered for the competition. A number of shooting affiliated prizes were awarded and other gear was available for sale. The event was a fundraiser for the Stephanie Lynne Calams Memorial Scholarship. All proceeds will go toward Winslow High School students. The Winslow Police Department will announce how to apply for the scholarships when total funds are tallied.