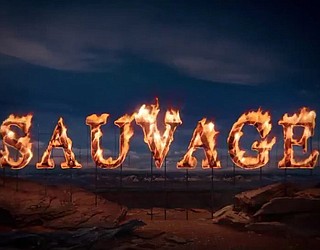 The nonprofit organization, co-founded by LaDonna Harris, worked with Dior, a French luxury goods company, on a campaign advertising for their men’s fragrance called Sauvage.

Dior’s initial advertisement included videos showing the Southwest landscape, a fancy dancer and interviews from Americans for Indian Opportunity. It also included Johnny Depp, actor and musician who was adopted into the Comanche Nation by Harris in 2013.

Teasers, leading up to the short film, were released on Aug. 19 and Aug. 20, which are still posted on Dior’s Twitter. The other advertisements have been removed from their accounts following backlash on social media.

Americans for Indian Opportunity released an “open letter” regarding their participation:

“Americans for Indian Opportunity (AIO) deeply regrets its participation in the Dior campaign. We believed that we had an opportunity to reshape long-standing and damaging representations of Native peoples on an international scale. That did not bear out as we had hoped and intended, especially in Dior's media and public relations campaign, in which we did not consult or have prior knowledge. AIO takes responsibility for our actions and has much to learn from this unfortunate set of events. AIO will work with allies to address this situation through the practice of our core values of relationships, responsibility, reciprocity and redistribution, AIO will continue to bring a consciousness to the non-Native public about the reality of Indigenous peoples today.”

Indian Country Today reached out to the organization for follow-up questions. The organization did not provide any further comments other besides their statement.

The Associated Press reported that Dior will neither change the name of its fragrance nor cancel an upcoming commercial that will be shot in southern Utah.

Harris told The Washington Post on Aug. 30 that she was proud of Americans for Indians Opportunity’s collaboration with Dior.

“The goals of Americans for Indian Opportunity (AIO) for providing consultations on media productions are to ensure inclusion of paid Native staff, artists, actors, writers etc., to educate the production teams on Native American contemporary realities and to create allies for Indigenous peoples,” she said. “AIO does not speak for all Native Americans. We are proud to have successfully achieved our goals of education and inclusion for this project with Parfums Christian Dior.”

In the campaign video, Ron Martinez Looking Elk, Isleta and Taos Pueblo, called Depp “unique” and “our Indian brother.” Looking Elk is labeled as a consultant for Americans for Indian Opportunity in Dior’s video.

“Cultural appropriation for us is a huge thing because we’ve been dealing with this since colonization. Our presence on this project is really to help. So for us to really make sure that the look and identity is authentic is very important,” he said.

Not everyone was happy with Dior’s campaign following its release. They took to social media to respond.

IllumiNative, a nonprofit organization that focuses on accurate and contemporary representations of Native peoples, wrote about why the perfume campaign was problematic in an op-ed with Indian Country Today.

The nonprofit said big brands like Dior “invite consumers to try on Native identities while making a profit, with little regard for the impact of their actions.”

“Instead of ‘honoring’ Native people, Dior entrenched offensive and racist tropes of Native people- including a Native ‘maiden’ and language that portrays Native people as ‘wild and untamed.’ ‘Savage’ is explicitly tied to the name of the campaign — a word that was used to classify Native Americans as violent and cruel,” the op-ed said.

Canku One Star, Rosebud Sioux, is the fancy dancer depicted. IllumiNative said that since Native people are so invisible, it impacts Native communities too.

“When offered so few opportunities to see ourselves represented in mainstream culture, we sometimes look to, and are proud of, representations that are actually offensive,” One Star said. “Invisibility negatively impacts Native communities and non-Natives alike. This is why it is important that Native and non-Native allies push for opportunities for Native people to be completely in charge of their story — that their perspectives and experiences are welcomed.”

Despite working with Native people, the organization said “the fundamental issue is that Native people were used to tell a pre-established narrative, one that the company wanted because they saw this narrative as being profitable."