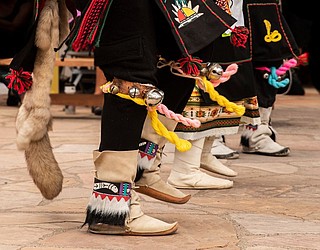 FLAGSTAFF, Ariz. —Despite efforts to bridge the gap between tribal and non-tribal communities of the Colorado Plateau, a marked division remains, according to Rumble on the Mountain organizers. 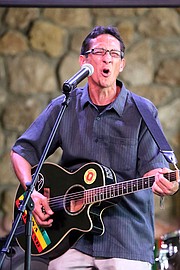 On Jan. 25, Rumble on the Mountain 6 will bring together voices of neighboring tribes and Flagstaff community members in an effort to bridge the divide between tribal and non-tribal world views, science and the warnings of traditional wisdom and students and regional Indigenous issues. The show will feature educational presentations and entertainment (“edu-tainment”) from the Hopi Hooyapi Dance Group, Vernon Masayesva, Ed Kabotie & Tha ‘Yoties, Sage Bond, Leigh Kuwanwisyouma and student participants in Northern Arizona University’s Community-University Public Inquiry program. Live art by Diné artist, Jerrel Singer, will be raffled at the event, with proceeds to benefit KUYI Hopi Radio.

“Rumble on the Mountain 6: Bridging the Divide” is an all-ages event at the Museum of Northern Arizona from 1-5 p.m. Admission is $8 for adults, $5 for students and 12 and under free.

Following the event will be The Aftershock concert at the Green Room featuring Indigenous performers. The nationally acclaimed Levi Platero Blues Band, local reggae/rockers Tha ‘Yoties, acoustic sensation Sage Bond and emerging hip-hop group Macchiato Music, will rotate between two stages throughout the night. The concert is all ages from 7:30-10 p.m. (21+ after 10 p.m.). Admission is $5 at the door or free to attendees of Rumble on the Mountain 6.

“For all of its beauty, the Colorado Plateau and its Indigenous communities have been greatly abused and assaulted by the industrial age. In this great future, more than ever before, we have both the need and the ability to foster understanding between native and non-native communities,” said Event organizer Ed Kabotie.

Information provided by Rumble on the Mountain 6