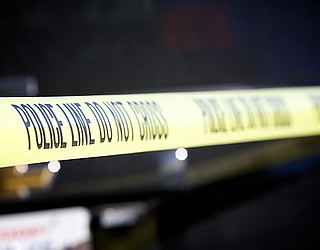 PINEDALE, N.M. (AP) — Authorities on the Navajo Nation are looking to the public for any information on a deadly hit-and-run on the New Mexico side of the reservation.

A motorist found an injured, 71-year-old man sitting along BIA Route 11 in Pinedale, about 20 miles west of Crownpoint, on Jan. 23. The man told the motorist he was hit by a vehicle before dawn, but the man couldn't provide any more information, the Navajo Division of Public Safety said.

The man was transported to a local hospital where he died from his injuries, police said.

Navajo police spokeswoman Christina Tsosie said Thursday the man has been identified, but his name wouldn't be released.

Tribal authorities are asking anyone who might have information on the incident to call the Navajo Police Department or criminal investigators.